History of the Museum

The idea for creating an archaeological museum in V. Preslav, which to collect and display the monuments discovered on the territory of the old capital, arose soon after Bulgarias liberation from Ottoman rule. This was possible in October 1906, when Preslav Archaeological Society "Ticha" was founded on the initiative of the preslavian teacher and publicist Yordan Gospodinov and with the help of the prominent researcher of the Bulgarian antiquities K. Shkorpil. One of the main goals set in the companys statutes is the organization of a museum collection and active activity in the study and preservation of the remains of Simeons capital city. Due to the lack of a museum building, exhibits collected in the next few years by private persons and archeological excavations are exhibited in three separate collections: in the City Hall, in the Patleyna site and the newly built hut near the Round /Golden/ Church. 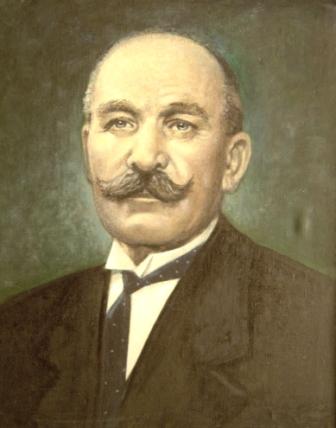 In 1949 for the museum is adapted the monastery near The St. Cyril and Methodius monument, in the immediate vicinity of the old town. New materials have been collected and inventoried in the new museum fund, and in the halls of the exhibition, for the first time, the Preslavs past has been extensively shown. The need for a specialized presentation of the already famous and the large number of newly discovered monuments from the Preslav metropolitan period led to the opening in 1958 of a new museum exposition, from which the prehistoric and other exhibits, which were not from the capital period, disappeared.

Over the next 20 years, Archaeological museum "Veliki Preslav" has been visited by  over half a million visitors. In connection with the 1300th anniversary of the founding of Danube Bulgaria, in 1981 the museum was moved to a new, built according to modern requirements building. The exposition is situated on two levels, the second floor has a cinema and a meeting room with a capacity of 100 people. The hall is multifunctional - here are organized historical and artistic exhibitions of local, national and international scale, scientific conferences, book presentations, etc. Since 2008, a modern staircase facilitates the access of disabled people to the different levels of exposure.

The Museums exhibition is structured in a new way. It includes several chapters presenting chronologically and thematic history of Preslav in the Middle Ages from the 9th to the 14th century. To enhance the security of the monuments, in 1997, a special treasure room was built, designed for the most valuable and weather-sensitive exhibits. These innovations were the necessary prerequisite for the returning after more than 20 years to the most prestigious Preslav collections - the Preslav gold treasure, the collection of more than 500 lead stamps, etc. important monuments. In administrative terms, Archaeological museum "Veliki Preslav" is a municipal museum.

Undoubtedly, more than a century after laying the foundations of the first museum collection in the city, the dream of its creator - Yordan Gospodinov is fully realized. Today the town of Veliki Preslav has its own archaeological museum with magnificent exposition, visited annually by tens of thousands of Bulgarian and foreign tourists. The rich and varied funds present in the most complete way the "Golden Age" phenomenon and illustrate the site of Simeons capital as the leading center of Slavonic writing, art and arts crafts in the European Southeast in 9th - 10th century.