"If a peasant and a stranger come close to the towers of the prince court and sees them, he is astonished, and as he walks to the door, he wonders and asks, and when he comes in, he sees on both sides large buildings decorated with stone and wood, etc. When he entered the palace and saw the high chambers and churches decorated with stone, wood and patterns, and with marble and copper, silver and gold inside, he did not know with what to compare them because he has not seen such a thing in his land except the poor straw huts, as if he is losing his mind and wondering ... and if anyone asks him when he returns to his land .. "What did you see there?" he says, "I do not know how to tell this - only with your own eyes you could be amazed on this beauty!" 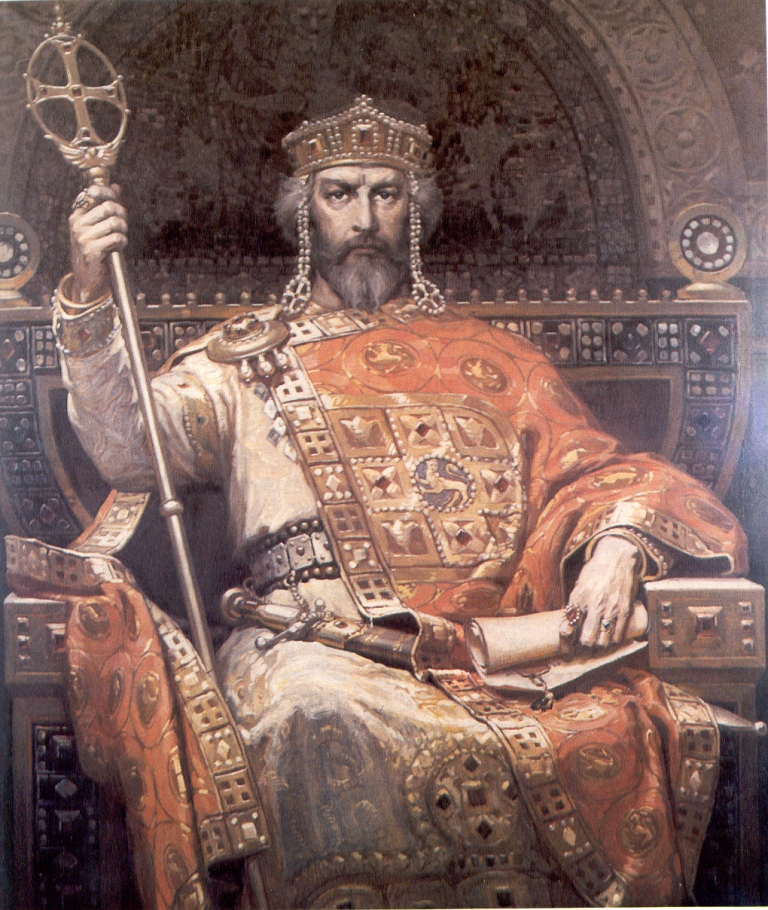 With these words, the contemporary of the "Golden Age" Yoan Exarch describes the majesty of the capital city Preslav. A thousand years later, the preslavian teacher and archaeologist Yordan Gospodinov wrote in one of his letters to Professor Vasil Zlatarski: "... as a citizen of Preslav, I find it closest to my heart to know about the past of the hometown.. This desire makes me, even with my very weak powers, to gather everything that relates to the history of Preslav ... ". Thanks to his enthusiasm and hard work, the systemic studies in Preslav were launched: the monastery in Patleyna and the famous icon of St. Theodore, the Round (Golden) Church were opened; there were excavations in the Saray Eri locality also. Later in the study of Preslav were attracted a number of scientists such as K. Miyatev, V. Ivanova, S. Stanchev-Vaklinov and more recently T. Totev, D. Ovcharov, M. Vaklinova and others. Thanks to the archaeological excavations that have existed for over a century in Preslav, today we know that the city dates back decades before it was declared a capital - probably at the beginning of the 9th century, in the time of Khan Krum or Khan Omurtag. As early as the before-the-capital period, Preslav was firmly fortified and well-built. It guarded the nearby Stara Planina passages and at the same time was a residence of The Khan. After the official adoption of Christianity (864), a number of Christian temples were built in Preslav which testify to the numerous populations and the gradual expansion of the city. The powerful fortifications, the important place of the city in the military-administrative system of the state and, last but not least, the Christian tradition, which undoubtedly existed in these places even in the late Antiquity, are the most important reasons that explain Preslavs choice for the new capital city of Christian Bulgaria.

In 893 The Royal Prince Boris I announced the relocation of the capital from Pliska to Preslav and raised Simeon to the throne (893-927) (recognized by the pretentious Byzantine writers as one of the most erudite rulers of his time). According to the third decision of the Council, the Bulgarian language was declared official in the worship service and the state office. Thus, all necessary prerequisites for the development of those events, processes and phenomena, now called "the Golden Age" of the Bulgarian spiritual and material culture, were created.

When telling about Tzar Simeon the Apocryphal Bulgarian chronicles link his name with a large construction activity: "... then Simeon accepted the Bulgarian kingdom... and the great city of Preslav he ... built and created in 28 years ...". This is confirmed by archaeological research. Probably in the first years of Simeons rule (or the last decades of the rule of Boris I), the earlier fortress was expanded to the north and around it was built a second - an external fortress wall covering an area of 3.5 km2. Thus, the enlarged space of the earlier aul gained importance in the citadel, also called The Inner City, which was the center of the supreme secular and spiritual power. The area between the two fortress walls (The Outer City) and the nearby surroundings were the real territory of the town. There were boyar mansions and monasteries, crafts and trade districts, as well as residential areas of the ordinary population. In the scriptures of the monasteries there was an intensive literary activity, there were translations from Greek and were created original works in Bulgarian language, and in the workshops of some aristocratic mansions and monasteries and in the production quarters, the craftsmen created exquisite works of the famous Preslav painted ceramics, jewelry, on bone, wood and stone. Archaeological excavations prove that the city continues to develop and reaches its greatest splendor during the reign of Tzar Peter (927-969).

For less than a century, Preslav has become one of the most beautiful and well-developed cities in Europe at the time. With its majestic palaces, temples and representative buildings connected by streets, squares and covered galleries, the Bulgarian capital was worthy of rivaling Constantinople.

Preslavs shimmer is diminishing after the death of Tzar Peter in 969 when the Bulgarian capital was conquered by the Kiev prince Svetoslav. Two years later, in 971, on Easter, Preslav was captured by the Byzantine Emperor Yoan Tzimishi and named the town Yoanopol. After the rebuilding of Bulgarian statehood, in the years of the Second Bulgarian Kingdom, the city was an important administrative and metropolitan center and its adjacent territory was called "Petrova Land" as it became the manor of the retreated Tzar Peter II. In 1388 Preslav was captured by the troops of the Ottoman general Ali Pasha.

Today, part of the magnificence of the former capital is preserved in the Archaeological Museum "Veliki Preslav ". The delights of the Preslav palaces and the refined taste of its inhabitants remind of the exquisite examples of Preslav painted ceramics and marble architectural details and the dozens of inscriptions on stone and ceramics testify to the literary and educational activity. In the Treasury of the Preslav Museum you can see the exclusive Preslav golden treasure, which unintentionally brings us back to the words of Yoan Exarch: "... with your own eyes you could worthy wonder on this beauty ...".