The golden treasure is a brilliant illustration of life in Preslavian castles. It was discovered in 1978 in Castana, an area nearby the ancient town, during agricultural work. More than 170 golden, silver and bronze objects, decorated with cellular enamel, precious stones and pearls were found in the rescue researches that followed. A thorough analysis of the finding showed its collective nature. It consists of 10th - century ladies’ jewels made in Konstantinopolus and Preslav, but it also includes artifacts dating far back to the period between 3rd and 7th centuries. The latter suggests their owners’ taste to old and luxurious articles.

The excavations helped explain some curious and important facts. First, there was an old-Bulgarian settlement in Castana, which was a suburb of the capital, Preslav. Second, there are signs of the town being destroyed by fire for which we find proof in the records of Byzantine authors who were contemporaries of the town’ s conquering in 972. Third, the valuable articles from the treasure were hidden in a mason furnace of a humble poor man’s hut in the village. Judging from the rich nature of the finding and the 15 Byzantine coins belonging to Constantine VII and Roman II (945 and 959) which were found in the treasure, we have the right to assume that the luxurious jewelry somehow got there in the turbulent events between 969 and 972.

This was the time when Preslav was besieged and conquered first by Kiev royal prince, Svetoslav and two years later by the Byzantine Emperor, John Tzimisshi. We could only make conjectures on whether the treasure was hidden by a faithful servant of the ruler or was plundered during the attack of the Palace. 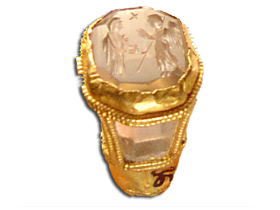 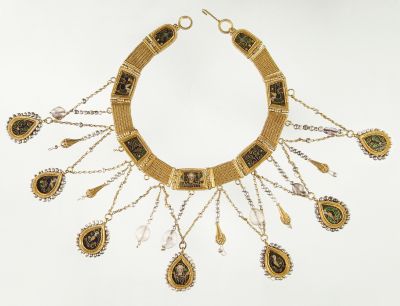 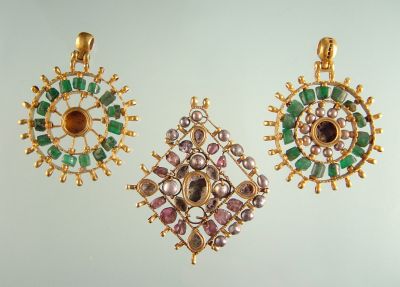 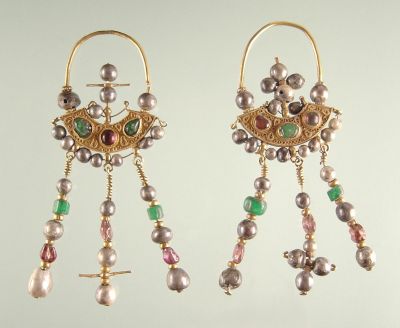